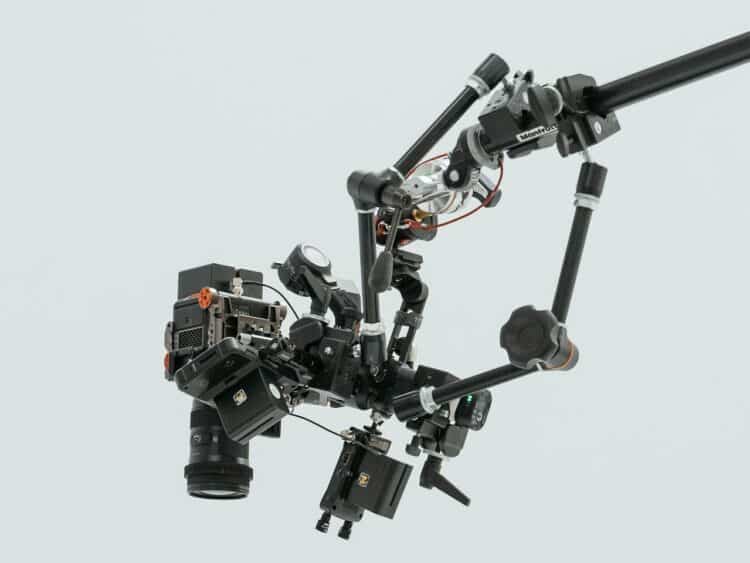 Let’s start with the premise that the Internet of Things (IoT) are devices that are connected to the internet.

One of the earliest examples of IoT was in the early 1980s and it involved a Coca-Cola machine that was located at Carnegie Mellon University. Programmers would connect through the Internet to the refrigerated appliance and check to see if there was a cold drink available before making the trip to purchase one.

Most discussions around the IoT will likely revolve around the hardware. This is understandable that most of the enterprise IoT technologies we’ve become familiar with are with simple devices that perform a few tasks. For example, monitor the temperature in a production line.

But as advances in communications converge with business demands for doing things faster, better, more safely and cheaper, even technologies like IoT are evolving to include features that in some cases incorporate intelligence, manageability, and more recently, security.

This growing sophistication in the demand for IoT and expectations of what it can do means that IoT discussion is no longer limited to hardware design but must, by default, include software considerations.

FutureIoT spoke to Joanne Wong, vice president for international markets at LogRhythm, for her take on how IoT software is evolving.

What is IoT software?

Joanne Wong: Anything from lamp posts and running shoes to fish tanks can now be connected to the Internet with the advent of inexpensive computer chips, sensors, and wireless networks, which enables them to collect and share data in real-time autonomously without human interference.

IoT software connects the computer chips, sensors and networks in the broader system together. It plays a crucial role in the data collection and communication process, as well as the management of the IoT application and device itself.

Take smart lamp posts for example. The Singapore government plans to roll out 110,000 lamp posts equipped with a network of wireless sensors and cameras that will help to detect and monitor changes in environmental conditions, and track vehicle speeds – beyond illuminating the streets.

In this case, the IoT software controls the systems such that imagery and traffic data collected from the sensors and cameras are communicated to the central management system in the cloud, which is then turned into actionable insights.

Looking back from pre-pandemic to this period (mid-August 2022), how have things changed when it comes to IoT software?

Joanne Wong: The IoT software market has grown significantly over the past few years, in tandem with the accelerating adoption of IoT solutions and devices. While the sector was briefly affected during the pandemic due to a pause in technology spending for certain sectors, it has since regained much of its initial momentum. IDC predicts IoT spending in Asia Pacific to reach US$437 billion by 2025.

Over the years, IoT solutions have become more powerful and efficient, thanks to advancements in Artificial Intelligence (AI), Machine Learning (ML), edge computing, automation and other emerging technologies. Machine learning algorithms, for example, can add predictive capabilities to IoT solutions.

For example, sensors attached to machines in the manufacturing sector can monitor the performance of the equipment and predict when failures and breakdowns will happen. Having access to such information early on allows for the repair or replacement of faulty parts, to prevent wide-scale operational disruptions.

On the other hand, edge computing technology makes IoT devices with onboard analytics capabilities possible. This brings computing as close as possible to the source of data, reducing network latency and relieving network congestion, thus allowing for quick delivery of insights to the end user. On top of that, as personal data no longer needs to leave the individual domain, a lot of data privacy and security concerns with IoT can now be mitigated.

IoT as a service (IoTaaS) offerings have also emerged as a new way for businesses to access IoT solutions. Vendors such as Microsoft are moving towards offering IoT platform management services, which allows businesses to leverage IoT software and infrastructure without having to invest heavily into building the network architecture hardware, purchasing expensive software, or hiring trained personnel to manage the process.

In the period of accelerating digital transformation, which areas of IoT software have gained importance?

Joanne Wong: IoT security has become crucial for organisations looking to successfully implement IoT solutions.  This is because digital transformation acceleration has led to an influx of devices coming online. With the exponential growth in the number of devices now connected to the internet, the attack surface has also gotten significantly larger.

Opportunistic cybercriminals now have more entry points – from insecure connections, and legacy devices to weak digital links – to take control of these IoT devices to spread malware or gain direct access into the network to obtain critical data.

For IoT devices, the risks are doubly high for two reasons. Firstly, IoT devices typically do not come with in-built security functions, which makes them an easy target for hackers. Secondly, IoT devices, especially those that are small or light, can be easily misplaced or stolen. Unauthorised users who have gained physical possession of the devices can easily access your network.

This is also why cybersecurity is now a huge area of focus for IoT devices and software. On the other hand, failure to secure IoT ecosystems could lead to eroding trust in their potential across the organisation, as well as wasted investment costs.

More technology providers are now adopting the “security by design” approach to IoT hardware and software development, which looks at building security features right from the initial developmental stage.

Cybersecurity platform vendors too are adding specific security features to IoT data collection and storage functions, to safeguard sensitive data flowing between the IoT device and network from unauthorised access.

Which industry sectors in Asia are leading the charge in terms of IoT software adoption and development?

Joanne Wong: With the worldwide pandemic over the past two years, organisations in healthcare are understandably one of the most active areas of IoT development. According to Data Bridge Market Research, the IoT APAC healthcare market is predicted to grow with a CAGR of 30.55% between 2022 to 2029. This applies broadly to the rise in telemedicine adoption and narrowing down to connected specialised equipment, all while accommodating to recent lifestyle changes.

Medical professionals are now able to collect patient data and understand patient conditions, without the risk of large group interactions. Healthcare IoT equipment inherently addresses the areas of shortage in hospitals, where necessary patient care and attention are provided for those in dire need. Additionally, it accelerates and improves access to healthcare services, especially reaching remote areas, beyond the pandemic.

Supply chain management is another sector thriving from IoT adoption. Frost & Sullivan highlighted that almost 21% of logistics companies in Asia currently leverage IoT for their fleet management solutions and this number is only set to increase in the next few years.

What needs to happen for organisations in Asia for us to see greater integration of IoT software in industrial settings?

Joanne Wong: With new manufacturing and smart city initiatives underway, there are numerous opportunities for greater integration of IoT software and the development of horizontal capabilities across industrial settings. This includes predictive maintenance and connected operational intelligence in manufacturing, as well as security and surveillance for smart cities.

However, closing the gaps in IoT security will be key to maximising the potential of IoT across industries and areas of operation. With more devices now connected to the internet, greater interconnection can pose higher cybersecurity risks for these industries.

It is more important than ever that organisations maintain clear oversight across their entire digital supply chain, including their IoT endpoints, to ensure that there is constant monitoring and surveillance for potential threats.

Companies should seek to redefine security ownership within the organisation to improve the management of IoT devices. Currently, IoT security falls under both the security and operations function - which may lead to confusion on whose responsibility it falls under.

At the same time, companies should also ensure that the adoption of security solutions is also compatible with the business needs — adapting to network changes, and automatically detecting, predicting, and responding to real-time threats.