Martin Hayes has been President of Bosch for Southeast Asia, and Managing Director of Bosch for Singapore and Malaysia, since 2011. Based in Singapore, Mr Hayes is responsible for driving the Bosch business in the region. Mr Hayes was formerly Executive Vice President at Bosch Automotive Thailand, responsible for automotive Original Equipment (OE) sales to customers in Southeast Asia and Australia. He was instrumental in setting up the sales organisation across the region and for developing sales growth with OE manufacturers. Mr Hayes joined the Bosch Group in Germany in 1987 after stints at Marconi Underwater Water Systems, and Factron Schlumberger. Since then, he has amassed a wealth of international management and leadership experience in several functions, including global responsibilities. Over the past 25 years, he has worked in Germany, the United Kingdom, and Thailand, before arriving in Singapore. Mr Hayes is currently Vice President of the European Chamber of Commerce in Singapore, as well as Vice President and founding member of the EU-ASEAN Business Council. He is also an active contributor to the Centaur Group of Senior Management Leadership Program, which is affiliated to Cranfield University, UK. Mr Hayes is a certified member of the Institution of Engineering and Technology, UK (IET). He studied Electrical and Electronic Engineering at Portsmouth University, where he obtained a 1st class honours degree. 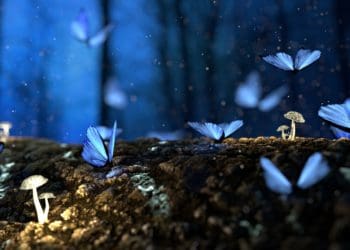 How IoT is changing life as we know it

The ability to make lives easier, more comfortable, and safer continues to be the key driver of the Internet of...

Robots get the job done