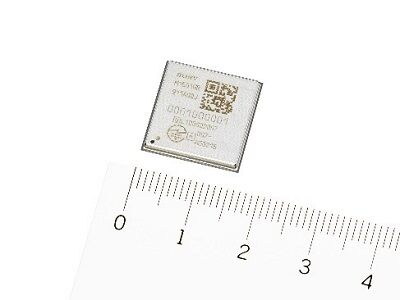 Sony Corporation has introduced a communication module compatible with the  low-power wide area (LPWA) wireless communication standard that it has developed for IoT applications.

The company said in a news release that the standard – the ELTRES IoT Network Service – will begin service rollouts in the fall.

The new CXM1501GR communication module compatible with ELTRES has applications in a broad range of IoT devices, including wireless communications over long distances and while moving at high speeds, according to the Japanese tech giant.

“Most IoT systems wirelessly transfer information obtained by various sensors to cloud servers, where the data is collected and processed, and the output  sent to user devices such as smartphones or tablets for display,” it explained.

“An LPWA network is a low-power wireless telecommunication technology used for transferring low-bit data across a wide area, and it is expected to see significantly growing demand for communication in IoT systems,” it added.

Sony outlined the many use cases of Eltres in the mountains, at sea, in urban areas and for fast-moving objects.

It said it has superior coverage for tracking services in mountainous areas for monitoring trekkers, distress rescue, and finding people at the ski resorts.

Meanwhile, its coverage for maritime services would be useful in marine rescue, monitoring of vessels, offshore farming, hazard alarm and yacht race tracking.

In urban areas, it is ideal for remote monitoring of street lamp, tracking home delivery and safety monitoring of children, among others.

Sony also said that ELTERES has high mobility for services to track location of cars, for example, as well as monitoring express buses, rent-a-car services or drones.