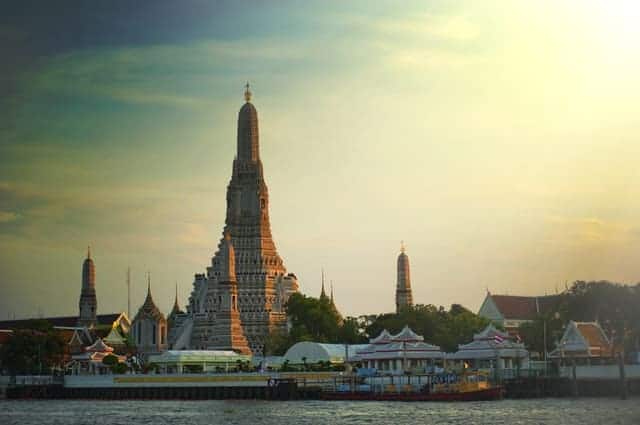 Thailand's high-tech Eastern Economic Corridor (EEC), established in May 2018, is the cornerstone for the country’s Industry 4.0 vision to become a fully developed nation by 2035.

The 13,000sqkm EEC stretches south and east of Bangkok and covers three provinces with a total population of three million. It aims to be the gateway to Southeast Asia (SEA) and a global digital innovation hub.

Under the Thailand 4.0 plan, automakers and their supply chains are transitioning to electric vehicle production, the electronics sector is upscaling and petrochemical manufacturers are increasingly adopting less polluting renewable biotechnologies as Thailand embraces the so-called bio-circular-green economy.

Now they are being joined in the EEC by companies specialising in artificial intelligence, robotics, medical devices and biosciences including technologies such as genomics sequencing.

To support the economic activities emerging the EEC, housing will increasingly be available in environmentally and connectivity-friendly smart cities located around scenic Pattaya.

In a wide-ranging interview released in the media yesterday to mark its upcoming third anniversary in May, EEC confirmed the THB100 billion (US$3.3 billion) investment to be spent this year on the next phase of construction of the 220km high-speed train connecting Bangkok’s two airports in Suvarnabhumi and Don Muang with EEC’s own airport at U-Tapao.

“5G connectivity combined with the high-speed train would help transform U-Tapao and its surrounding area into Thailand's equivalent of Japan's Narita or South Korea's Incheon – a smart city "aerotropolis" twinned with the nation's capital one hour away at the other end of the train line,” said EEC secretary general Kanit Sangsubhan.

"The signal is already there, and we are now working with companies and local residents to help offer them the best solution for their individual needs,” he said.

An eye beyond the ASEAN market

Dr. Sangsubhan  pointed out the EEC vision extends far beyond the immediate region. It aims to become a logistics hub and gateway linking the world's two most populous countries, China and India, and the Association of Southeast Asian nations (ASEAN) trading bloc of which Thailand is the second largest economy.

Between them, China, India and the 10 ASEAN states account for some 3.5 billion consumers or almost half the world's population, with the EEC geographically at the crossroads to connect them. The ASEAN countries of Brunei, Cambodia, Indonesia, Laos, Malaysia, Myanmar, the Philippines, Singapore, Thailand and Vietnam have a combined population of some 650 million.

“The  EEC already had a close relationship with China's Greater Bay area which includes Hong Kong, the booming technology hub of Shenzhen and other major cities in the economic powerhouse of Guangdong province,” Dr. Sangsubhan said.

He described the EEC's role as a "dry port" for goods and commodities passing through the region.

He estimates that – with the help of a planned "land bridge" to connect the Kingdom's Gulf of Thailand and Indian Ocean, containers shipped through the EEC to India would be able to reach their destination four or five days quicker than using the existing route via Singapore and the heavily congested Malacca Strait. In turn, Thailand's connection with China provides an onward overland link to Europe.

The total cost of developing the EEC is THB1.7 trillion (about US$60 billion), 80% of which will be funded by the private sector and 20% by the government. About one-third of that will be spent in the next four or five years on completing the high-speed train, the airport and expansion of two sea ports at Laem Chabang and Map Ta Phut.

Following EEC’s public-private partnership model, the high-speed rail is half funded by the government and half by a consortium led by Thailand's CP Group and backed by international investors.

“CP group mobilised a team," Dr Sangsubhan said.  "Construction is from China, technology from Italy and funding from both Japan and China. That is the power of the private sector. What we have achieved is to mobilise the government, the private sector and the local people. This has never happened before, and it is what excites me so."

Stanley Kang, chairman of the Joint Chambers of Commerce in Thailand said it is about location.

“EEC is definitely the right place to be,” he said.  "In the past, the attraction for investors was cheap land and labour. But our future is creativity and innovation and Thailand's advantage is the EEC. There is a big opportunity now and a lot of investment is moving in."

Kang lauded the success of the high-tech corridor to a visionary long-term focus by the Thai government on quality hard and soft infrastructure.

Long before it was rebranded as the EEC, the region was known as the Eastern Seaboard. When the company Kang heads, TIC Group, first opened a factory there in the 1980s, the land was occupied by "cobras and cows" and the road from Bangkok only had two lanes.

"It took you four hours to drive there and overtaking was as dangerous as being on a race track," Kang recalled. "Then, the highway became four lanes, then six lanes and now in parts it is eight-lane. Thailand realised that without good infrastructure you can't get foreign direct investment. You didn't just need a port, you needed an efficient port. You also needed ease of doing business and the government provided that with a one-stop shop for the necessary permits."