Going beyond arriving travellers, Hong Kong government yesterday unveiled a contact tracing app that will monitor COVID-19 exposure, aimed at encouraging the city’s residents to keep a more precise record of their whereabouts, minimising the risk of further transmission of the virus.

The notification app called “LeaveHomeSafe” will be available for public download from November 16. The mobile app supports iOS, Android and Huawei devices.

Hong Kong’s Office of the Government Chief Information Officer (OGCIO) headed the development of the app, it allows users to record the accurate date and time of their visits to various places by simply scanning the venue QR code at the entrance upon their arrival and departure. 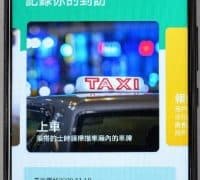 “There are currently over 6 000 public and private venues that have pledged support for the scheme. The mobile app can also be used directly in over 18 000 taxis. The government has been actively engaging with trades and businesses, and would welcome more sectors to participate in the scheme and contribute to the epidemic prevention and control work in Hong Kong,” the OGCIO said in a media statement.

The mobile app can also be used to record taxi rides by simply scanning the registration mark printed on a yellow plate shown on the inside of the taxi door upon the start and at the end of their journey. It can be used directly in over 18 000 taxis plying across the city.

If a confirmed case is later discovered at a participating venue, the app will notify users who have visited the same venue as the COVID-19 confirmed case at around the same time together with health advice to enhance their vigilance.

The OGCIO allayed concerns over personal data privacy, saying that user registration is not required and that the LeaveHomeSafe mobile app will not use positioning services or any other data of the users’ mobile phones. Furthermore, relevant data in the app will be kept in the app inside users’ devices.

“The "LeaveHomeSafe" mobile app upholds the principle of protecting personal data privacy,” said the OGCIO. “Venue check-in data will be encrypted and saved on users' devices only. Such data will not be uploaded to the government or any other systems. Check-in data will be kept in users' mobile phones for 31 days and will then be erased automatically.”

The Centre for Health Protection will also release information on premises visited by COVID-19 confirmed cases in the form of open data, regardless of whether those confirmed cases are users of the "LeaveHomeSafe" mobile app or not. The app will send notifications to users who visited the same venues at around the same time as the confirmed cases.